The history of the Buffalo in Italy

The origins of the Buffalo in Italy

It was since the time of the last glacier, more than 10,000 years ago, that the buffalo had not trod the ground in Europe and North Africa. For climatic reasons, their habitat had been confined first to India and then to Mesopotamia.
It is difficult to establish precisely when they arrived in Italy. However, there is no doubt that, at the end of the 800s, the Arabs had already brought them to Egypt from Syria and had decided, subsequently, to raise them also in Sicily. The reason for this was that, at the time, the island was run through by numerous small rivers. Buffalos, as evidenced in the uncovered documents, were initially used by the Saracens as draft animals in the swamp areas and it was only later that their milk was transformed using the methods for cow’s milk stretched cheese used in the south
. The stimulus provided by the Bourbons

For centuries, the raising of buffalos was synonymous with insalubrious and swampy areas. As a consequence, Mozzarella di Bufala remained limited to the production area and markets of Naples and Salerno.

It took Charles of Bourbon and his son, Ferdinand, to realise the potential of buffalo milk, resulting in a landmark change.

In the 18th Century, and with great foresight, Ferdinand IV of Bourbon created the first experimental cheese dairy in history, combined with a farm on the Carditello Estate. Another cheese dairy with a farm, of a smaller size, was created on the Capodimonte Estate for the purpose of demonstrating that the hilly areas around Naples were capable of providing fresh milk to the population.

Ferdinand also had an oven built in the Palace to allow his wife, Caroline, to taste a pizza during one of the receptions. We are informed about this episode by Salvatore Di Giacomo, who collected this first-hand evidence from the pizza-maker Domenico Testa, who became the monzù, a sort of chef of Neapolitan and Sicilian cuisine nominated by royal decree. This testifies to the fact that, more than a century before the Unification of Italy, the pizza to which the name ‘Margherita’ was given in honour of the Savoy queen, was already being made in Campania.

The futuristic work of the Bourbons provided a considerable stimulus to animal husbandry in Campania.

Carmine Sadeo informs us that, Carditello, an estate created to host the Farnese collection but which has become the symbol of the cheese-making industry in Campania, saw the creation of the “Royal industry of buffalo straw”: “Here they make exquisite dairy products and, amongst these, are such excellent butters that it is impossible to imagine anything better, their goodness is unrivalled and their flavour so tasty that it leaves the desire for more constantly alive. Furthermore, they are so delicate and wholesome that, if one should taste the fat in them, one is never nauseated by the amount. These dairy products owe their existence to King Charles who introduced the cheese in Capodimonte for the first time” ( Notizie del bello e dell’antico - Le ville Reali, Celano, 1792).
A farm of around 200 cows from the Swiss Alps, possibly Brown Alpines (although official animal husbandry records state they were only introduced to Italy in 1850) was also set up at Carditello. Carditello pre-empted the modernisation of European animal husbandry by about 100 years, also inspiring the Neapolitan nativity scene makers of the time as they included brown cows and buffalos in their artworks. In order to improve the functioning of the enterprise, workers from Lodi and Parma were brought in and a cheese dairy for the manufacture of butter, local cheeses and Parmesan was set up.

THE ROYAL SITE OF CAPODIMONTE

In Naples, where no-one expected there to be any advanced animal husbandry activities, Ferdinand IV amazed them yet again. On the Royal site of Capodimonte there was a “Royal dairy farm” that produced both buffalo and cow’s milk dairy products. The Capodimonte example provided both hope and excitement to all the surrounding farms: Ancarano, Piscinola, Camaldoli and others began to raise buffalos, cows and goats with the aim of offering to the people of the capital, at the time, a service of distributing fresh milk on a daily basis that was unique in Europe for the period.
In the brief reports on agriculture and animal farming in the Reign of Naples, 1845, it is said that: “The animals are kept and fed in stables, they graze every day in the surroundings of Naples and mainly above the Camaldoli [hills] and in places where there are woods or uncultivated places. After sunset they are led back to Naples and here are divided into many herds, each of which takes a different road, transiting through the various quarters of the capital and, with the sound of a bell, signalling their presence to those needing milk. This is of immense use to the inhabitants of Naples, who receive fresh milk that is milked in their presence and not tampered with or spoilt. This industry is entirely peculiar to our country and it does not exist in any other part of Europe”.

The picture of the various production areas in Southern Italy was already very clear. Since the Middle Ages, it had been noted that there existed:

Journals of the period tells us that: “The butters from these places are superior to those from Lombardy. Amongst the cheeses, the caciocavallo is the most prized, unknown to the rest of Italy are the buffalo provola, the reinforced ricottas or ‘schiante’, the mozzarellas, the ‘raschi’, and the scarmoze”.
However, throughout the rest of Italy, lack of awareness of buffalo products was such that Giuseppe Gorani (a Milanese count and author, 1740-1918) claimed that caciocavallo, given its name, was made with horse milk: “Gorani (associates ridiculous errors to the fables about his travels to the courts in the South. He claims that this cheese is made with horse milk” (Itinerario delle Due Sicilie, G. Quattromani, 1827 Naples).

The Buffalos’ golden age in Italy

Up until the Unification of Italy, the farming and the manufacture of buffalo products in Southern Italy was in continuous expansion. This was one of the first, brilliant examples of the dairy industry with a “short supply chain” in Europe: a path fully in line with illuminist industrialisation projects.
Thus, thanks to the example provided by Carditello in the era of Murat, there were up to 7,800 buffalos in the Caserta area. This number reduced to 2,422 in 1868 due to the damnatio memoriae [condemnation of memory] practiced by the Savoy family, to then rise again, in 1881, to 11,720 animals.

In the Campania area characterised by the swamp areas’ warm and damp climate, where the grazing essences are rough and typical of flooded grasslands, the buffalo were a resource: whilst the other farmed species became sick due to their sensitivity to ecto and endoparasites, the buffalo flourished.
The buffalo performed an important socio-economic role because, because of their presence, vast areas that had become swamplands due to bradyseism, were no longer abandoned. The buffalo were irreplaceable for cleaning the river beds and the drainage canals in the swamp areas. Thanks to their hard work, thousands of people escaped the tragic consequences of the flooding that we experience today. In a document from the Salerno area it is said that: “The Municipality of Sarno hired a herd of buffalos every three years for the so-called ‘mena delle bufale’ [beatings by the buffalos - see below *] for the Regi Lagni and which were designated to facilitating not only the flow of the water but also the flowing away of the mud that came down from the mountain”.
But the buffalo were also invaluable aids for river fishing on the Pontina plain and coastal fishing in the Salerno area. The journals of the day stated: *“They advance swimming where the water is high and walking where it is low so that the river plants and algae are completely eradicated as they wind tightly round their legs. For this reason, it is not necessary that the animals be tamed since such kinds of work are part of their very nature and they do it willingly… 24-30 hours after the passage of the buffalo in the canals, the water levels decrease and the rivers no longer overflow”.

After the Unification of Italy

The years 1861 to 1871 saw a collapse. As for all the industrial plants in Southern Italy, many of the buffalo barns fell into disuse, Carditello was abandoned and buffalo mozzarella production came to a halt. Despite this, at the start of the 20th Century, there were, once again, 20,000 heads of buffalo in Campania alone.
In the Fascist period, this number reduced again due to the draining of the swamps carried out to promote the “Battle for Grain”, which also saw a contraction of the areas destined to the drovers: in 1930 15,016 buffalos were recorded in the census (11,365 in Campania, 1,750 in Lazio, 1,591 in Puglia and 221 in Lucania, L’Italia agricola, volume 85, pag 401, 1948).
Between the 27th and 30th of September, during the famous “Four days of Naples”, the first Italian city was liberated from the Nazi-Fascist yoke by the people and the buffalos north of Naples were requisitioned by the Germans: subsequently this precious asset was restored with animals from the provinces of Salerno and Foggia.

In 1961, 5% of the European buffalo assets were bred in Italy while, currently 95% are concentrated almost entirely in Campania. Today, the Buffalo of the Italian Mediterranean Breed is unanimously considered to be an extraordinary animal on the basis of the success of Mozzarella di Bufala Campana Dop throughout the world. 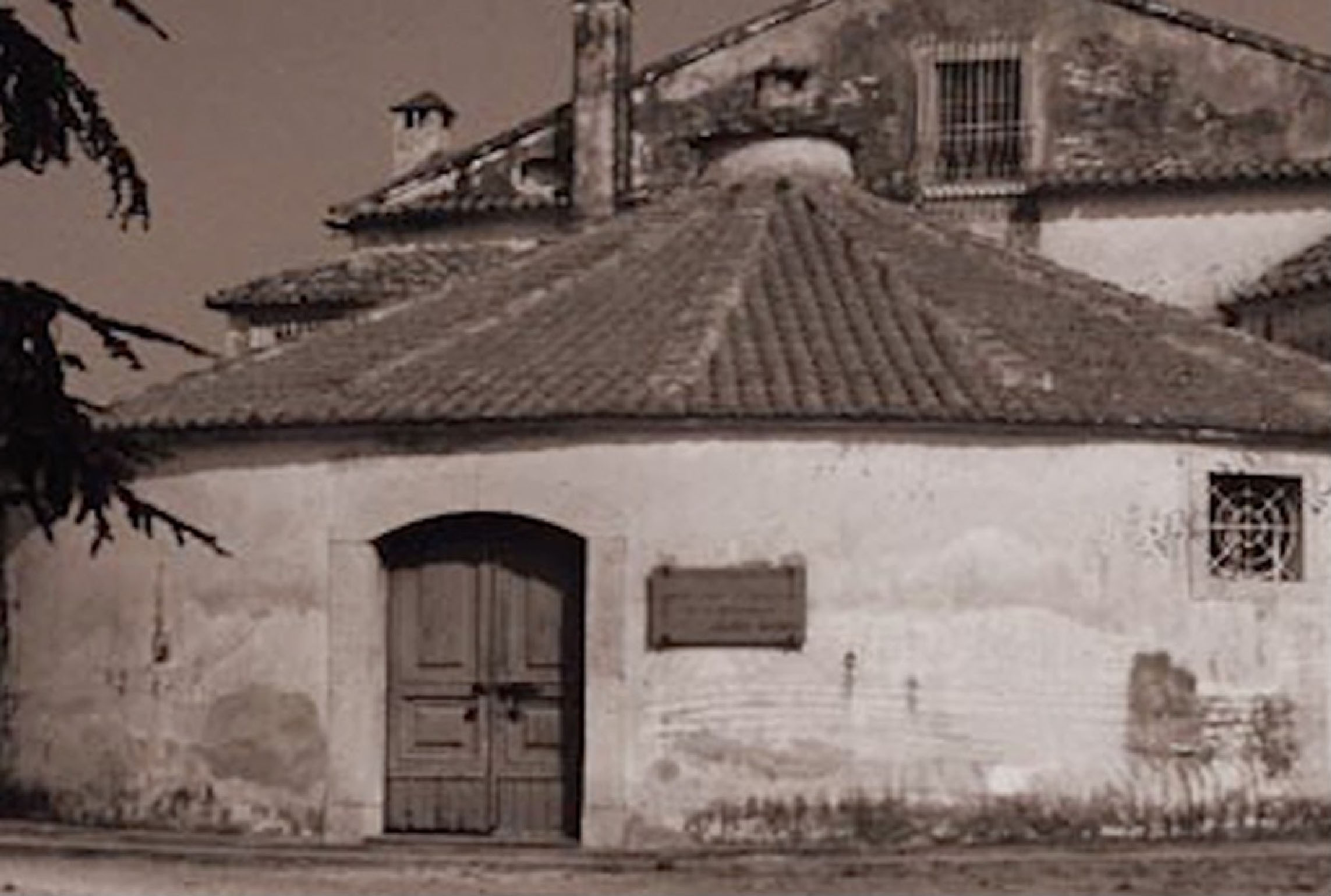